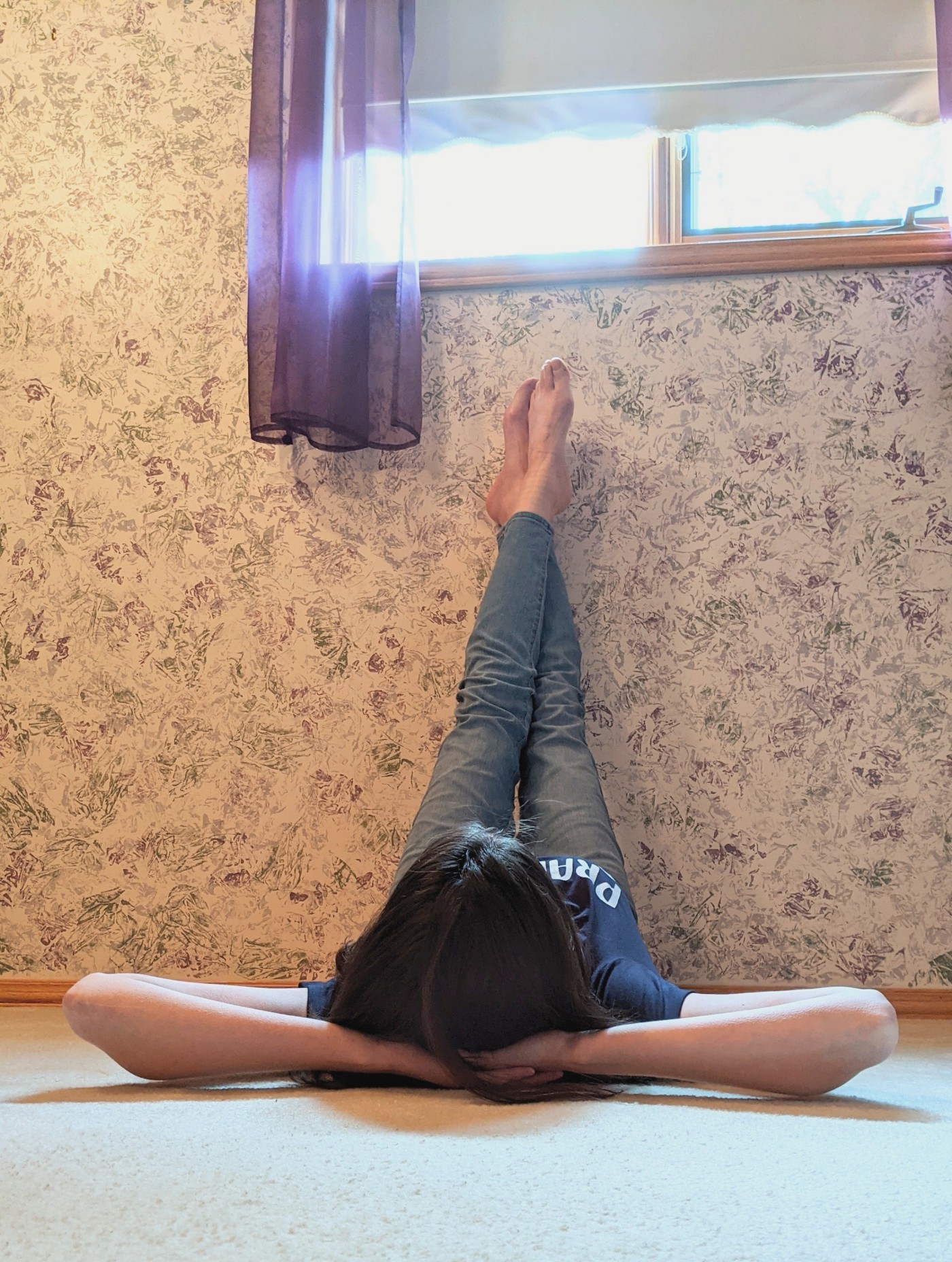 My parents built their dream house.

A smaller home in the woods. Surrounded by trails and bulrushes – and black bears.

Which means they sold their house and acreage on Highway 68. The acreage even had its own business name, “Karatchuk Acres.”

On September 30th, mom and dad went to their former home. One last time before the new owners took possession. They walked around the yards, reminiscing, taking photos. Sending selfies with, “Saying goodbye.” When my dad was ten months old, he moved to that acreage. My mom, since she was seventeen, and the three of us girls since birth.

Everything went with the sale. The front garden, flowerbeds, the apple trees. Sheds, garages, and silos. The red-weathered barn at the end of the driveway.

With the sale also went a huge west yard where my first childhood home stood. In 1985, my parents sold our 600 sq.ft. house and we were relocating to my late paternal grandparents house on the same acreage. The little house was lifted from the foundation, set onto a moving trailer, and transported to Eriksdale, Manitoba and its new owners.

But this is different.

When I visit my parents, I’ll see my second house and the acreage. My preteen into adulthood home. But only from the outside and from afar.

On September 19th, I was at my parents’. I sat alone eating Chinese food and looking at their new kitchen and great room, where I could’ve fit my former bachelor suite. Then mom came inside.

“Ready to go to the house?”

“You take your car. I’ll take mine. That way you’re not in a rush.”

This would be the last time I’d be inside my former house because I was having surgery two days later. Inside, mom lead me to the old basement and set down two memory boxes she salvaged from a recent flood.

I spent the majority of that time our old basement, sifting though memories. My school work achievements (best speller of grade three certificate – tie), my little sister’s baseball certificate, a scrapbook of creative writing by my older sister, ice show and jazz dance programs. Stumbling on my parents’ memories. The bill of sale for their first new car, a Nova. Photos, receipts, wedding and first baby cards.

I realized, reminiscing could wait, taking one box home with my childhood memories.

I walked around the house, shooting photos and video.

Snapping a photo in the sewing room’s closet. It’s conjoined with the office closet and my older sister and I used to walk through it to the other side. That sewing room was my first bedroom that I shared with my older sister. With white wallpaper and tiny flowers and eggshell carpet. Late-1980s furniture including bunk beds – which we had until we left home.

I shot photos of the family room, bar, and fireplace. Remembering my party the summer before grade eight, and my friends pretending to raid that bar. Hosting my maternal Baba and Gigi’s 40th wedding anniversary. End of March, and it was so warm, people were wearing t-shirts outside. Having a sleepover and everyone sleeping on the sectional or floor even though there was a hideabed couch.

The kitchen with its yellow textured wallpaper. Years earlier, the walls were covered with semi-popular 1980s kettle and coffee paper. White cupboards, formerly brown. Memories of birthday parties, Christmases and Thanksgivings – and everyone scattering to the family room until dessert. Surprising a friend with a goodbye party, one of the “Fabulous Four,” when she was moving to Winnipeg. Memories of my mom sitting at the kitchen table making her Co-op shopping list. And dad taking a loaf of mom’s homemade bread, and frying twisted doughnuts – and we’d dunk them in brown sugar.

The dining room, however, when I grew up was the sitting room. I remember making a groove in the grey carpet walking back and forth, breaking in my new figure skates. Where – as teenagers – my older sister and I couldn’t walk across the sitting room without doing a flip or Axel, dodging my little sister as she blazed around in her now-banned walker.

Then, I went upstairs to my bedroom.

I looked at those four walls. Repainted either dusty purple or eggshell with dusty purple and forest green sponge painting. Whimsical purple curtains. A decorative floral border ran around the room. Growing up though, the room I shared with my older sister had eggshell walls and one nail for our four-foot white clock that resembled a watch.

Choosing and cutting skating music. Yelling, “Moooom! Can you come tell me if this looks okay on me? Mom … Mooooom!” Staying awake until my dad came home from the field. My little sister running into the bedroom yelling, “The Easter bunny/Santa came!” Laying on the bedroom floor and flipping through the latest Teen magazine. My mom, waking us for school, skating, competitions, or work with her classic, “Wake up, sunshine in the swamps,” and flicking on the bedroom lights. Chatting on the phone with my friends and my older sister coming into the room saying, “Who are you talking to? Who are you talking to? Is that *name of random guy*? Hi *name of random guy.*

Those are a handful of memories. Without those purple walls and sconces.

The entire time, I’d been taking photos of a shell.

I didn’t smell mom’s holopchi and borscht. Or hear “Moooom! Can you come here!” Or “Jooohn! Supper’s ready.” And the crack of my dad’s knees (and toes) as he walked upstairs and across the sitting room saying, “Weezy! Weezy!” Setting off fireworks in the south yard. Or when the family – minus mom and I – decided to throw large crab apples at each other for fun – until my little sister took an apple to the face.

In the 1990s, I remember Dad spending hours decorating the house with white Christmas lights. A radio station was asking its listeners to recommend must-see houses. Someone called in saying, “There’s a house along Highway 68 that looks like the Griswolds … it’s like a fireball.”

When a person says, “I think about Auntie Pauline whenever I see that flower pot,” it doesn’t mean should the pot break, Auntie Pauline is forgotten. Because we carry memories in our head, and we don’t need a concrete reminder to pull up the file.

Such as the time in the mid-2000s when dad climbed up the side of the barn and when mom found out, she said, “Sigh, only your father.”

And you won’t find that memory on the acreage.

This site uses Akismet to reduce spam. Learn how your comment data is processed.